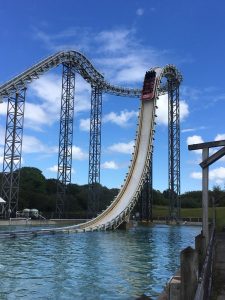 On Thursday Y5-6 we went to Oakwood Theme Park for our topic. First we all wanted to go on SPEED. SPEED was amazing we went on it 3 times!! Then we went on treetops it was alright in my opinion after that we went on Megaphobia It was so fun! we went on much more inluding DRENCHED!

On Thursday, 6th June, year 5/6 went on our trip of the year to Oakwood Theme Park!!! However, before we set off, the day before, we found that, as there was only 19 people going, we couldn’t afford the bus! Fortunately,  we found a smaller bus that we could afford, so the trip was back on track.

When we got there, we started of with going on ‘Speed’, a roller-coaster with a 115ft drop, loop the loop, and a corkscrew! I was one of the first on it. following ‘Speed’ we came back down to earth when we went on ‘Treetops’ 3 times. Our next destination was ‘Megafobia’, which we went on twice, a wooden roller-coaster and also voted as the UK’s NO.1 wooden roller-coaster. Following this, we all went on the bobsleigh once and then back onto ‘Megafobia’ twice once more. Just before lunch, we boarded ‘Spooky 3D’  a ghost train of which you also have 3D glasses on. While we waited for everyone else on ‘Spooky 3D’ we all went onto ‘The Cauldrons’, which were trampolines.

Then, following lunch at the entrance to ‘Neverland’ we went on some of the ‘Neverland’ rides, which started on the ‘Jolly Roger’ a small rocking pirate ship. After this, we went on ‘Tink’s Flying School’ and ‘Skull Rock’, which was a small log fume.

Leaving ‘Neverland’ it was time to check out the newest addition to the park, ‘Dizzy Disk’, which was a bit like the ‘Jolly Roger’ but it was on a track, you rode on a circle disk, standing up, and, as the name suggests, spins around at the same time, trying, to make you dizzy. After this experiment, we went on the ‘Pirate Ship’, and I asked for the person who was controlling the ride to go full pelt, and he did! Then, to conclude the day, we had the choice to either go to the shop with our spending money, or, go on the 100ft high log fume, ‘Drenched’. I chose to go on ‘Drenched’, and I went on twice, once at the back, and the 2nd time on the front! Then, as we weren’t allowed on again, but weren’t allowed to the shop as we were too wet,  stood on the bridge at the bottom of the drop and got just as wet as we did at the front of the ride.

Finally, after a thrilling school trip, it was time to head back home! 🎢 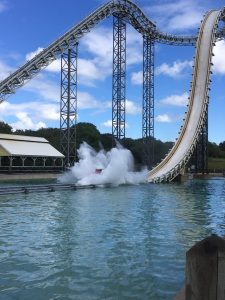 On 2.6.19 yr 5/6 went to Oakwood Park and it was fun. We went on the pirate ship, mini pirate ship, Speed, Megaphobia, Drenched and Dizzy Disks. 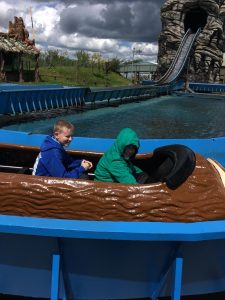 On May 22nd year 5-6 left for Llangranog! It was so much fun! Our first activity was zipwiring it was so exciting. Some of my favourite activities were horse riding, Go Karts and Tobogganing. We also had night activities such as a disco and team building which was so much fun. I think that we all really enjoyed this visit! 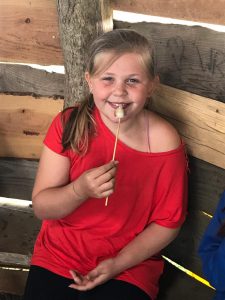 On Wednesday 3rd June the class played rounders for Wellbeing Wednesday. Normally we play it with half rounders and full rounders but this time we played the real version of rounders where it has no half rounders. In the first match our team lost by one rounder – the scores were 9/10 but the next match we won by three points the scores on that match were 3/0. We thought we were going to easily win but I did take a while just to get one point. Then we got two more points in the same rounder and both matches I was with a friend – it was fun!! 🏏

On 22nd of May year five six had a trip to Llangranog which was about 90 minutes to get there. As soon as they got there they went to their rooms and unpacked then went for lunch. The first activity was zip wire and lots of the people enjoyed that activity. A couple of the Rhos primary boys and other school boys enjoyed the astro for football a lot of there spare time they went there. They were asked to bring money so that the could buy drinks, chocolate, Llangranog bottles and some toys! The second day they experienced the air bag, low ropes, muddy assault course, bob sleigh, skiing, horse riding, trampolining etc…  the last thing of the night we watched a movie! For the last day they did  did high ropes! 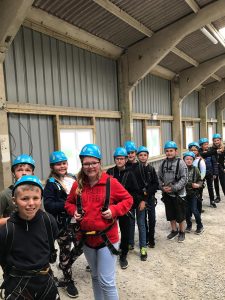 On 22nd May Y5/6 went on a trip to Llangrannog. For 3 days we did lots of activities such as zip-lining, trampolining and tobogganing! In each room there were 8 people, in my room were Zak, Corey, Scott, Ben, Liam, Tom A and Gabriel. 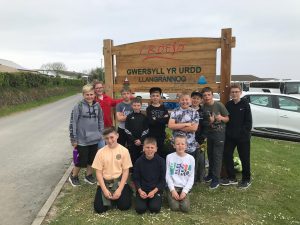 This Wednesday year 5/6 started a new activity called Well being Wednesday and this week we were practising tennis. Mrs Cooper set out a challenge who could bounce the ball on their racket as many times as possible and the winner did it with an incredible 174 hits! 🎾🎾🎾🎾🎾🎾 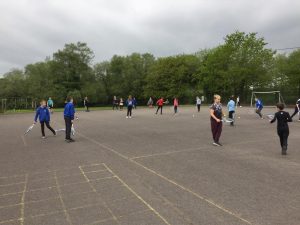 Year 5/6 designed a topic book cover for our topic  which is Roller coasters  which is lots of fun .

My topic book  cover has a candy floss stand and a popcorn maker and also a counters stand. In addition to this I also added a roller coaster.

Making a topic cover to do with roller coasters took lots of concentration, time and effort.

Mrs Cooper said that the top 3 posters would earn those people five dojos each, and it was a competition which everyone wanted to win!!

We drew our topic book covers for our topic which is Roller Coasters which is lots of fun. My topic book cover has a candy floss stand, a drop tower and a roller coaster. Miss said that were doing a competition to see which three people have the best designs. If you’re one of the three you get 5 dojos!